See our other giveaways here.

WINNER HAS BEEN ANNOUNCED BY EMAIL 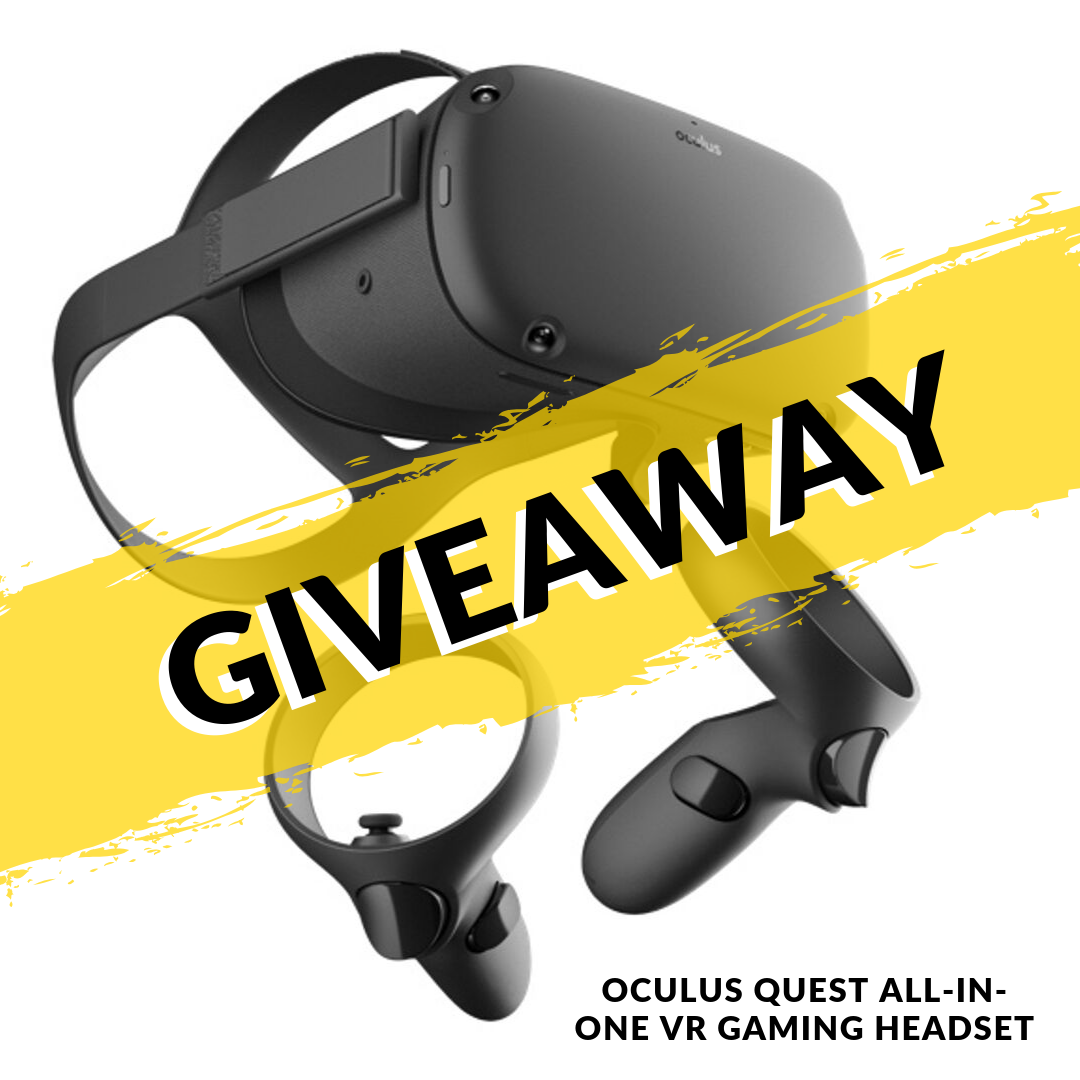 100% FREE ENTRY
Enter Below...
Check the box below to receive 1 Additional entry and get notified when we announce the winner!
CUSTOM JAVASCRIPT / HTML
ENTER ME TO WIN MY FREE ULTIMATE OCULUS QUEST GIVEAWAY
FREE Ultimate Oculus Quest Giveaway $400 In Prizes*
Privacy Policy - Terms of Service - Sweepstakes Rules
*1 Winner will be selected and will receive the following

Winner - New Oculus Quest 64GB all-in-one No PC, No Wires, No Limits! Setup at home or somewhere new. Built-in sensors translate your movements into VR and provide room-scale tracking. Your hands and gestures appear in VR with intuitive, realistic precision. Oculus Quest is an all-in-one gaming system for virtual reality. No wires. No PC. Just set up with the Oculus mobile app, and you're free to explore VR from almost anywhere. Sensors inside the headset precisely track your movements and instantly translate them into VR, while helping you steer clear of nearby objects. And with Oculus Touch controllers, your hands are in the game, so you can see your every gesture and feel the power of every impact. Take VR gaming to the next level. And everywhere else. Setup requires an iPhone(iOS 10 or higher) or Android(6.0 Marshmallow or higher) smartphone, the Oculus App (free download), 802.11 b/g/n wireless Internet access, and an Oculus account.
Void where prohibited and outside US. Open to legal US residents (incl. DC), who are 18+ (19+ in NE and AL; 21+ in MS). Begins 12:00 PST on 11/28/2019 ends 12:00 PST on 01/25/2020. To enter, Please submit your name and email to the above form.1 prize will be award. Description above. Total ARV of all prizes: $400. Odds of winning depend on number of entries received. All rights reserved. Prizes will be rewarded at a threshold of 1000 entrants. 3C Network Strategies reserves the right to cancel this contest at any time.This promotion is in no way sponsored, endorsed or administered by, or associated with Facebook, Twitter, LinkedIn, Pinterest or Google. You understand that you are providing your information to the owner of this contest and not to Facebook, Twitter, LinkedIn, Pinterest or Google. We reserve the right to cancel this contest at anytime. Your entry is your permission to receive additional emails from us relating to offers and information.